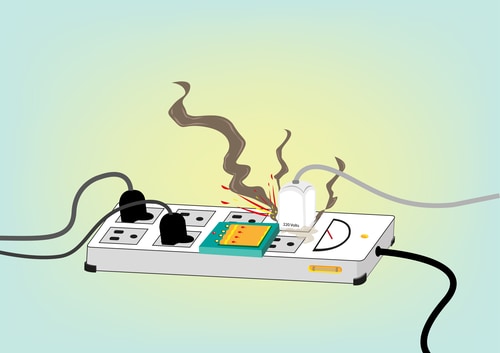 Different electrical disasters can cause varying levels of harm to your home, but power surges may be the most damaging of all. With only a slight spike in your home’s electrical system, you may find yourself having to replace some of your major appliances, which can be a significant setback for homeowners who are on a budget.

To prevent excessive damage to your home from surges, you must first understand where they originate. This disaster can be predicted or unforeseen, and you should ideally be prepared for any kind of scenario.

The following are some sources of power surges along with some ways you can protect your home against them.

A lightning strike may be rare, but it is arguably the deadliest cause of a power surge. If lightning strikes a nearby tree or an electrical source near your home, not only will it send excess electricity into your home, it may even result in a fire. This type of surge is difficult to predict and even harder to control due to its magnitude.

The closest you can get to predicting this type of surge is by keeping an eye on weather forecasts so you know when a storm may be approaching. This way, you can take all necessary precautions to ensure that even if something goes wrong, your home won’t have to suffer the consequences.

The wiring in your home is important for many reasons. Not only does it provide an extra layer of protection against surges, but the insulation can also prevent anyone in your home from being electrocuted. Faulty wiring is quite a common cause of power surges. This system in your home can be damaged by a few different things. For example, animals can often chew into the wiring, or it can simply be too old to function efficiently; either way, the consequences of negligence in this matter can be deadly.

While bad insulation is itself a hazard, it can easily result in a current spike through your home’s wiring. Since this system is located inside the walls of your home, it can be quite difficult to detect unless you get it inspected. If you want to keep an eye out for potential damages, there are a few signs you can watch out for. Buzzing sounds from the outlets, flickering lights, and unstable circuity breakers are all indicators of bad wiring. As soon as you notice any of these signs, try to stop using your electronics and report the problem at once.

A common practice among homeowners is overcrowding outlets. A lot of people tend to plug multiple heavy appliances into a single outlet. It’s important to understand that each outlet in your home is meant to give a specific amount of voltage. Exceeding this limit can result in a power surge and easily damage your electronics.

One way to avoid this is by spreading your major appliances out over a larger area as opposed to one corner of your home. If there isn’t much space, make sure you only have appliances connected that you’ll be needing at that particular time. Always unplug electronics that you don’t need to avoid unnecessary harm while also saving electricity.

To make your home even safer, you should always try to assign individual outlets to appliances that consume a lot of electricity (such as air conditioners or refrigerators).

Power surges can be caused by both internal and external factors. One outside occurrence that can result in a power surge is some kind of obstruction in the wiring. An example of this is a bird flying into a power line and causing a malfunction. This causes a very high voltage to enter your home’s electrical system.

Any outside object coming into contact with a power line can cause a sudden increase in the current which shorts your appliances and can even result in a fire. While some surges aren’t very noticeable, this kind of fluctuation is bound to leave an impact on your home. Depending on the size of the object and the point of contact, this kind of surge may leave your home without power for several hours so you must have the necessary supplies to help you get through the outage with ease. This is yet another unpredictable cause of a surge, and one way to prevent it is by using surge protectors for all your outlets.

The impact of a power surge on your home is somewhat dependent on its source and your living space. For example, power surges in houses may be different from those in apartments. The intensity also varies depending on whether the cause is natural or manmade.

A power surge is something to look out for because, in extreme circumstances, it can even become deadly. Knowing the source of a problem is the first step in solving it, so even if you’re unable to completely avoid the effects of a power surge, you may be able to minimize the damages and make your home relatively safer.

WHAT’S THE DIFFERENCE BETWEEN LASER LIPOSUCTION AND CAVITATION? 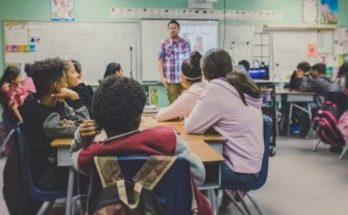 How to Register Online With FBISD Skyward Family Access 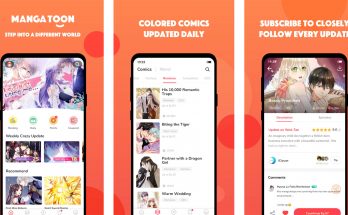 View all posts by admin →

WHAT’S THE DIFFERENCE BETWEEN LASER LIPOSUCTION AND CAVITATION?

How to Register Online With FBISD Skyward Family Access

When does the Bank Start Charging Interest?

Why Opening a Bookstore Franchise Is a Brilliant Idea

4 Advantages of Traveling with an Overseas SIM Card